Idleness speaks of the beauty which lives within each act of being human, in each word, in each gesture and which transcends, which lives, which weighs.

Stretched out on an extensive Nature, green and black, a forest which would make the most of my body through to the last drop. My body is abandoned, the muscles expand, contact with the earth feeling ever closer, bones crunch every time they sink a little further within, I feel that I could take root here, that I could flower next spring, becoming a tree, transformed into grass. 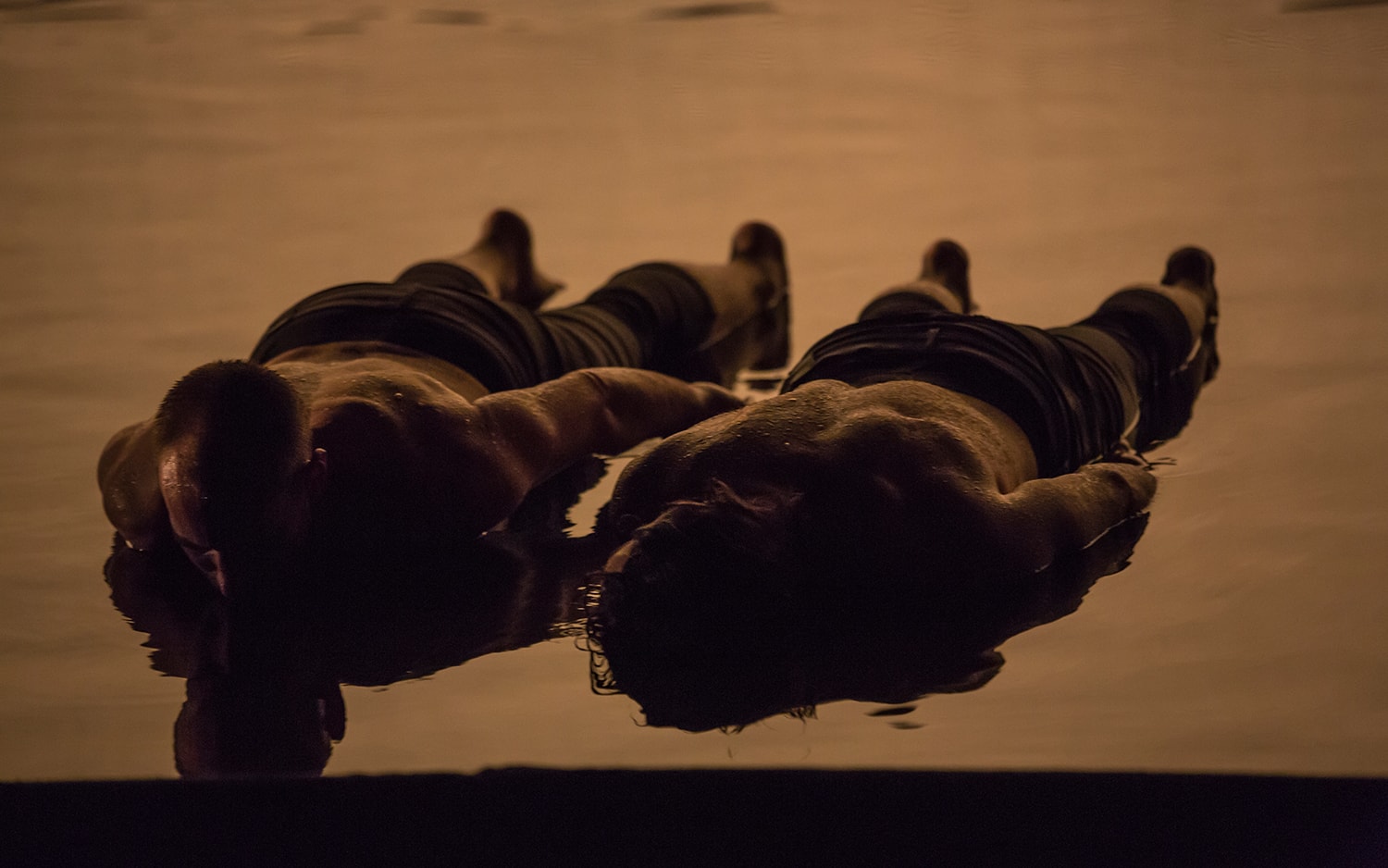 In time and water

"The carefully-placed footsteps formed perfect waves on the surface of the water, and we could all have happily remained thus, gazing at that fascinating beauty, wrapped in the magical respect of the entire audience.

In this masterpiece of unmatchable beauty, both masculinist aesthetics and effectisms could have imposed themselves, but that risk was avoided from the outset, because the choreographer was centred with total determination on the quest for pure art, without making concessions, reliant on the tremendous physical preparation of both dancers.."

Translation of the review by Agus Perez, published in the newspaper BERRIA, 01 March 2015 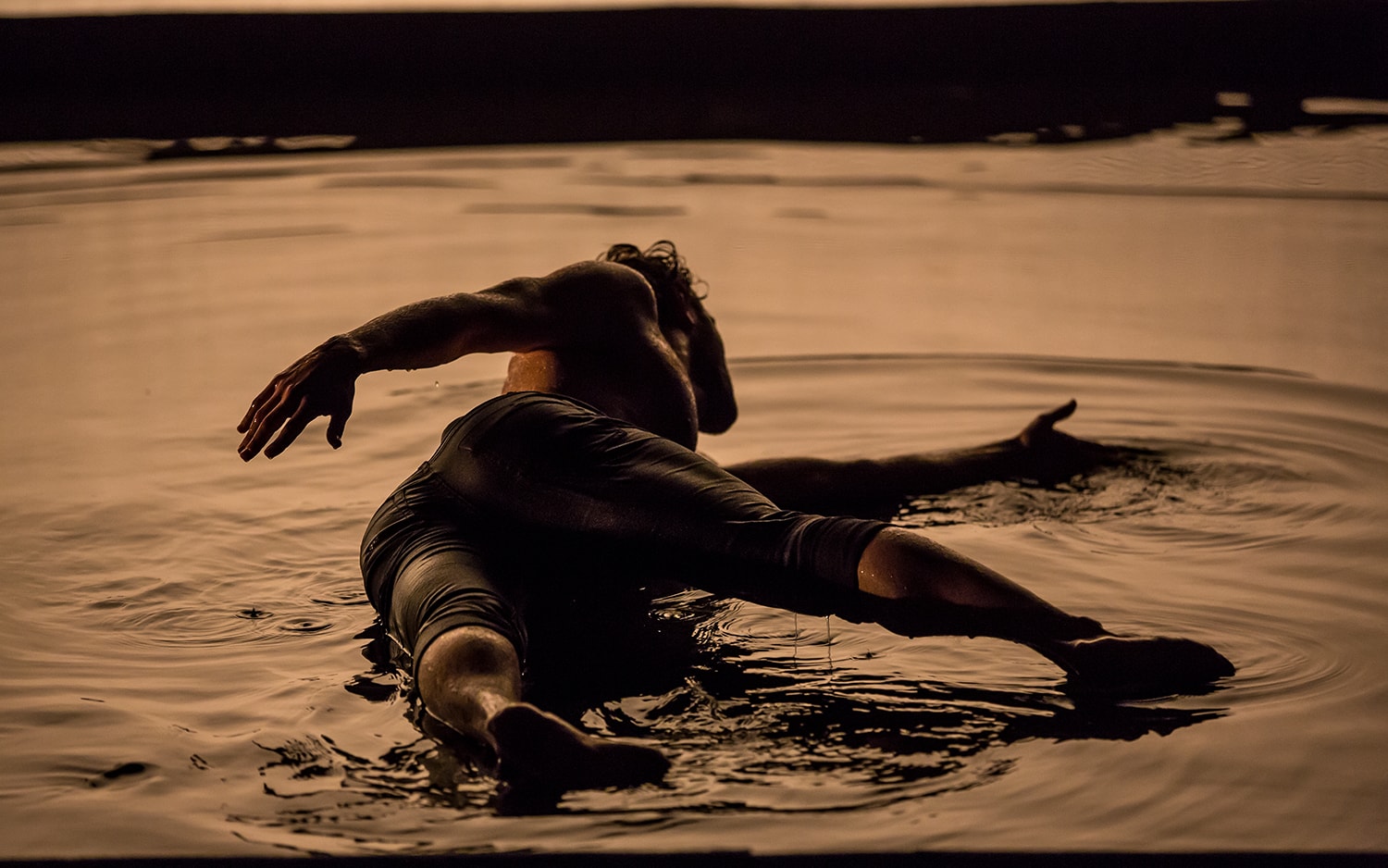 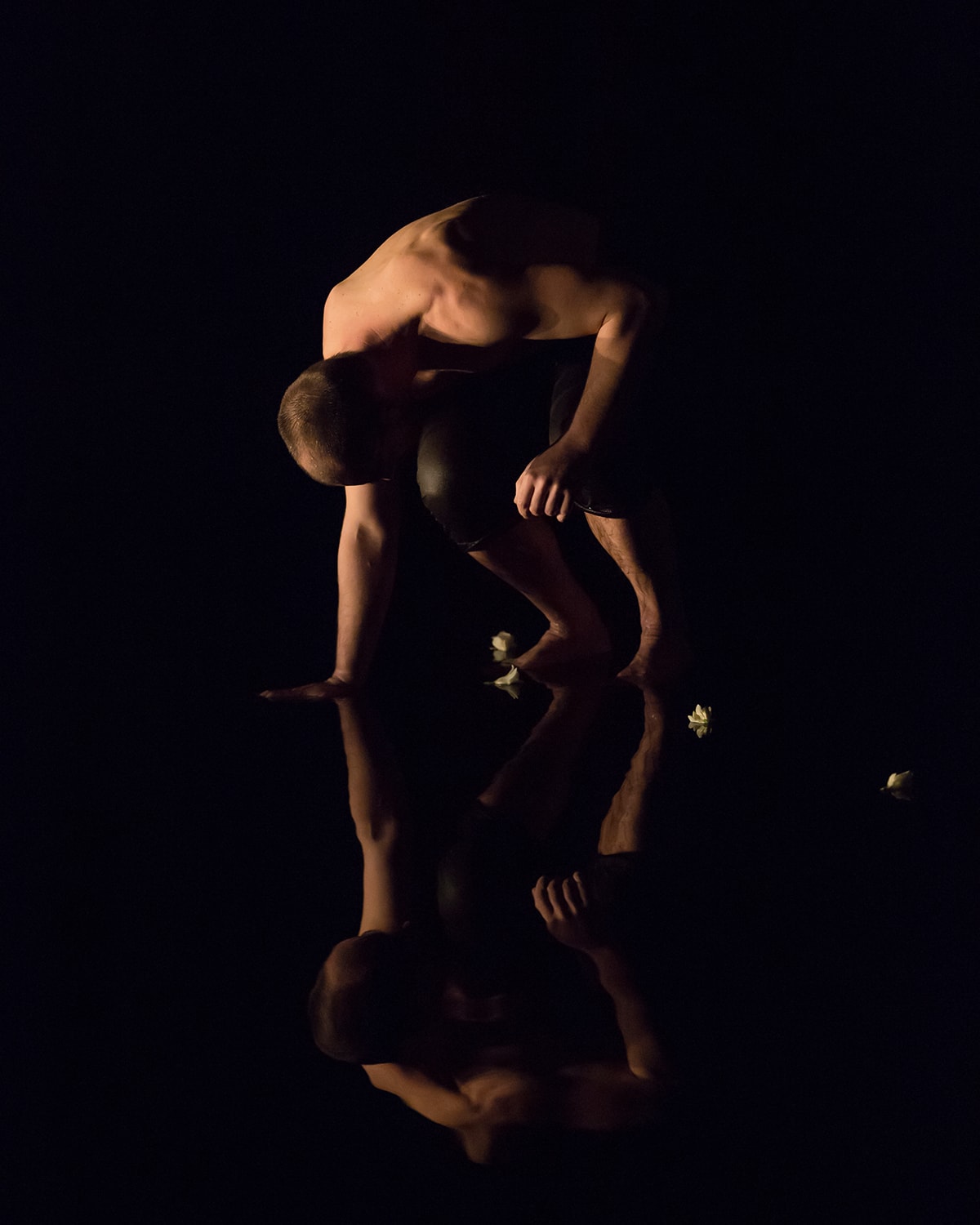